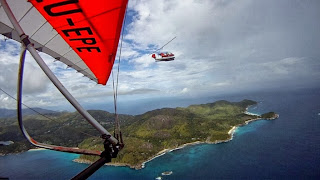 Today was not for sissies. Francis, flying his Gyro and I got chased back to the airport after spending as much time with the boats as we could. He was just doing it for the fun so sneaked back a few minutes earlier than I did. As he said, “I don’t want to get too wet…” :) 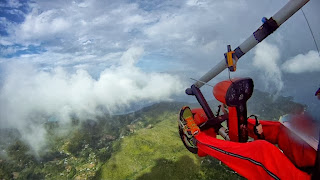 With rain coming in on the right it was a run over those clouds and the island back to the airport.

It was a hard and fast run to make it back - even if it was 20 k's away. I still got somewhat soaked. The storm actually moved past the airport to the south but our survey area was flooded. The interns said they took the boat passengers to snorkel at the Four Season but they refused to get in the water since it was pouring with rain. Hehe… :)

Even with two aircraft patrolling the oceans we didn't see any sharks which was a bit disappointing but certainly there was no lack in action. 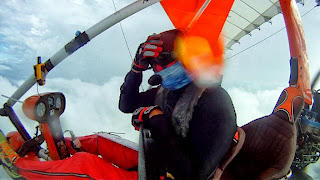 No, its not a hangover!